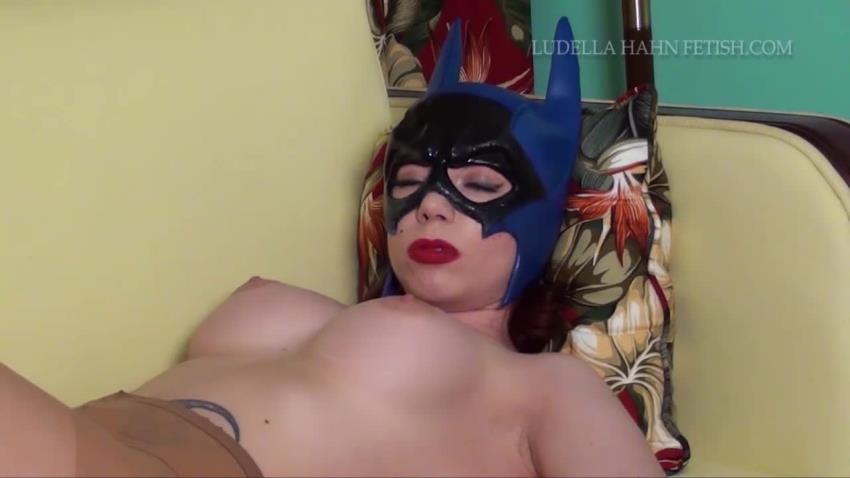 
Description: Batgurl gets a call from Chief O’Hara to lookout for the Scarecrow. She has a hunch who is behind the mask and pays a visit to Doctor Crane. Unfortunately for her, Doctor Crane has some new chemicals and is in need of a test subject when in walks Batgurl. When she begins chastising his methods of scientific research, he decides to answer her question of where Scarecrow is by pulling out his mask and GASSING her with one of the new chemical compounds. This first one leaves the subject in a sleep-like state and susceptible to the power of suggestion. He orders Batgurl to strip out of her Batsuit, starting with her utility belt, gloves, and boots. Then he decides to do the honors of unzipping her so he can get a nice peek at her backside. While she’s in this state, he decides to play doctor with her. He has her strip down to her pantyhose and then lay on the couch like his patient so he can interrogate her. Luckily, even in this state Batgurl’s brain is smarter than his trickery and she snaps right out of it when he tries to discover Batman’s identity and hideout. She comes to, realizing she’s almost completely naked. She quickly covers herself with her hands and berates Scarecrow, both embarrassed and enraged by what he’s done, but before she has a chance to do anything about it, he hits her with more gas. This one puts her right to sleep and she collapses onto the couch in a vulnerable position. Dr. Crane tests her limbs for limpness, manipulating them into different positions. He decides while she’s in this sleepy state with no fight left in her, it would be a shame not to peek under her mask and find out the true identity of Batgurl for future blackmail purposes. He has her sit up and then he toys with her mask, drawing out the excitement and taunting her. She’s so weak she has no ability to stop him. She tries to swipe his hands away, but there’s no power behind her and her arms fall back limply at her sides as he slowly and menacingly unmasks her. She moans in shame and discontent, but another puff of gas and she’s out again, completely at his mercy.